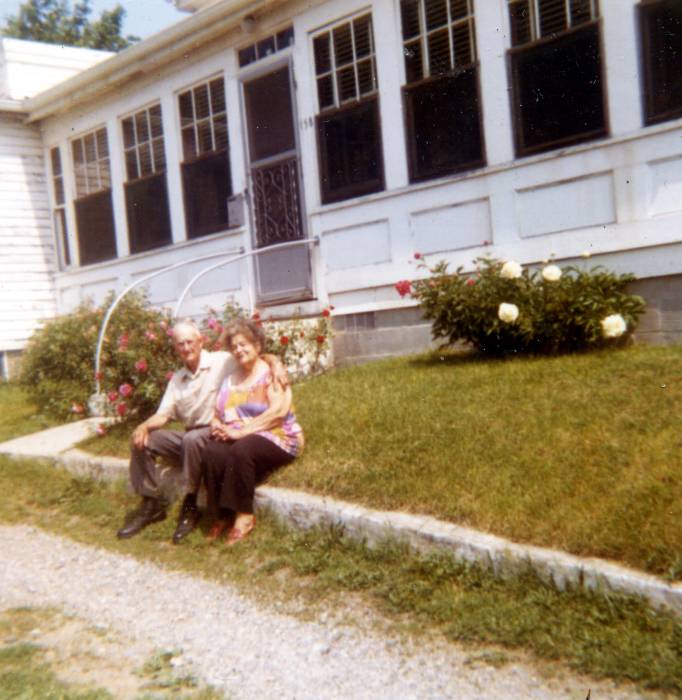 Tom O'Rourke and Grace Veno O'Rourke, seated in front of 158 Neck St, Weymouth MA (where the sons and daughters of Eliza & Benjamin Veno grew up.  Grace & Tom lived there.) 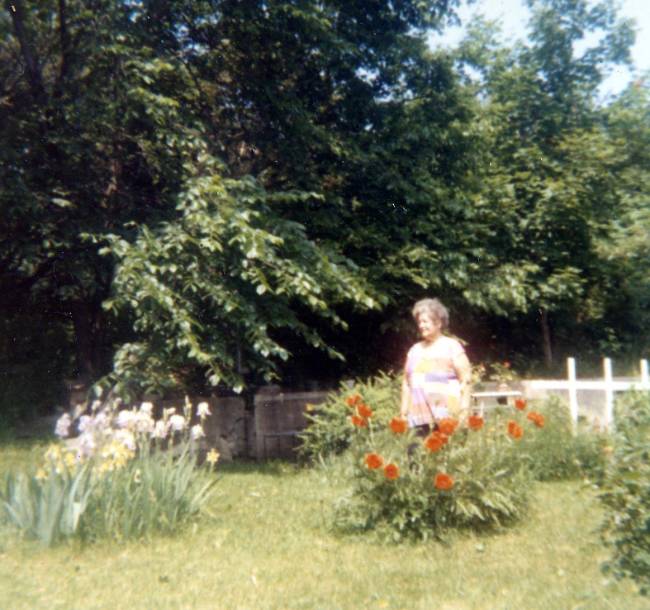 Gracie in her yard.  I'm sure I am not alone in remembering how much Gracie loved her garden.  She really had a green thumb and was very talented at arranging flowers!  I remember her telling me about the orange/reddish poppies in front of her in the photo above! 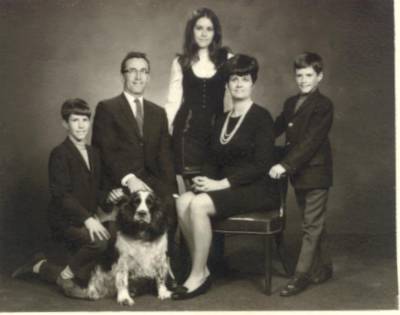 from Susan Veno (standing in back): " The brown/sepia colored pic with the dog was taken when I was 16 because I remember returning very elated frm a very liberating trip to Austria with that outfit.  That was 1968. " 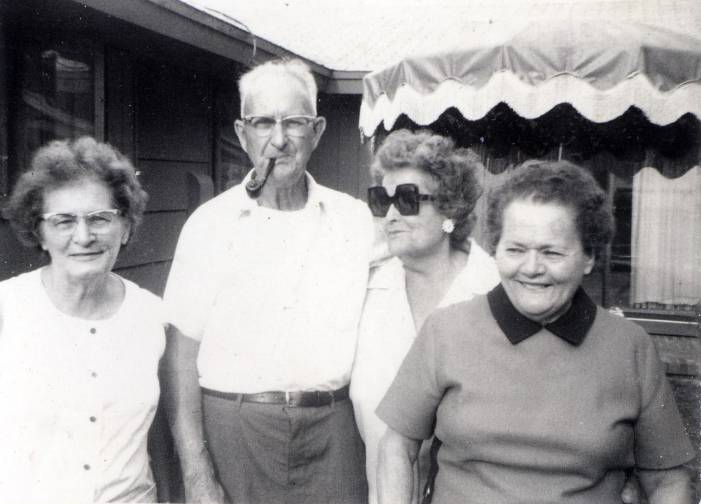 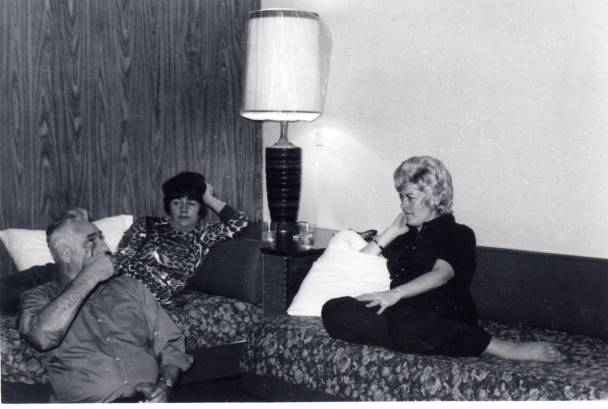 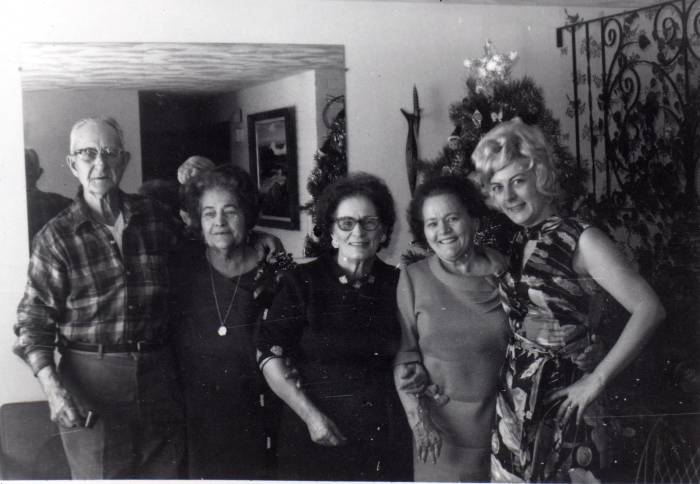 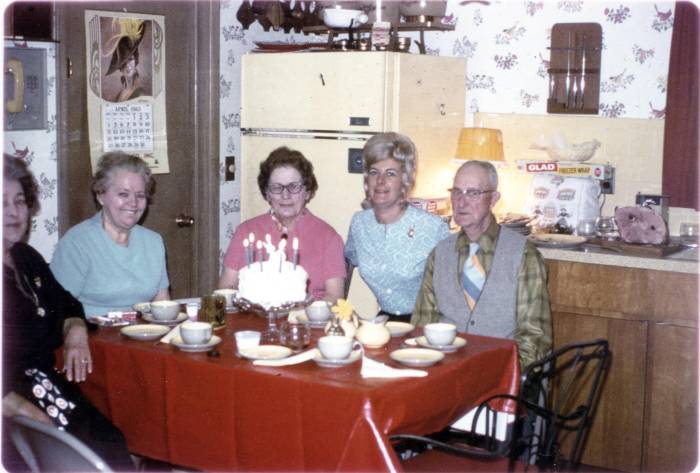 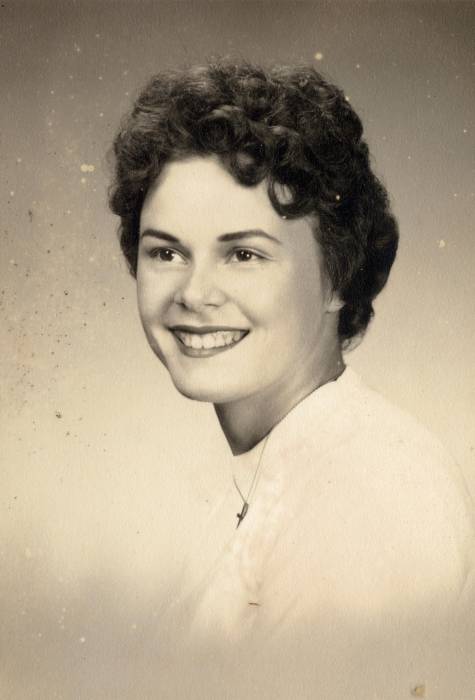 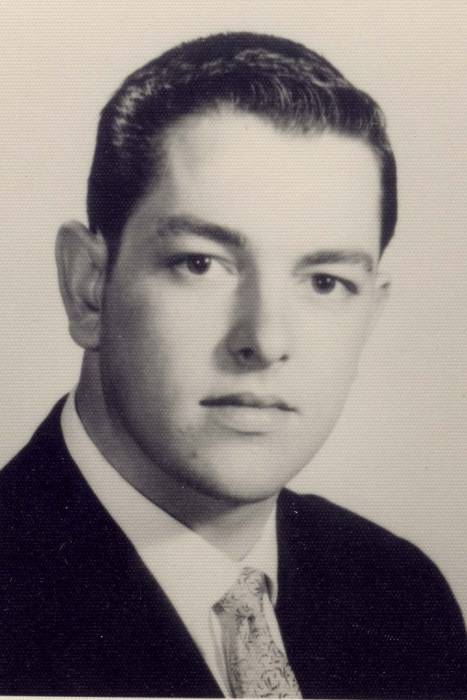 Russ Jacobs (jr) - son of Alice Perry (who was a first cousin to the children of Benjamin & Eliza.  Alice's mother was a DeCoste) - H.S. Graduation 1960

Back of photo, Russie wrote, "To Ethel, Remember all the good times we have had at the cottage.  I hope we have a lot more good times in the future.  Love, Russie '60" Veno siblings in 1968 with their surviving spouses at the time. Ralph and Bernadette (DeCoste) Adam and Dot (O'Connor) and Ray Veno 1968.  Bernadette was the first cousin of the children of Eliza & Benjamin. 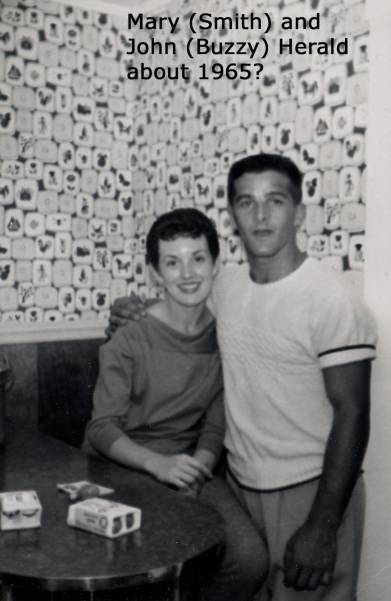 The following photos are from Ruthie's Wedding Album - October 22, 1960 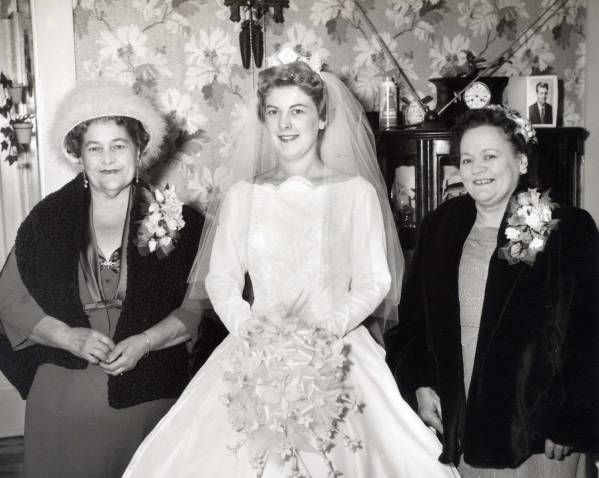 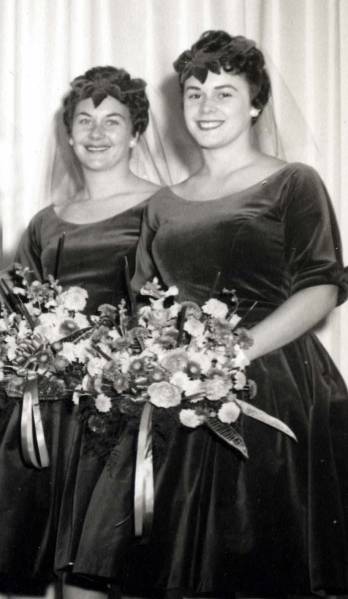 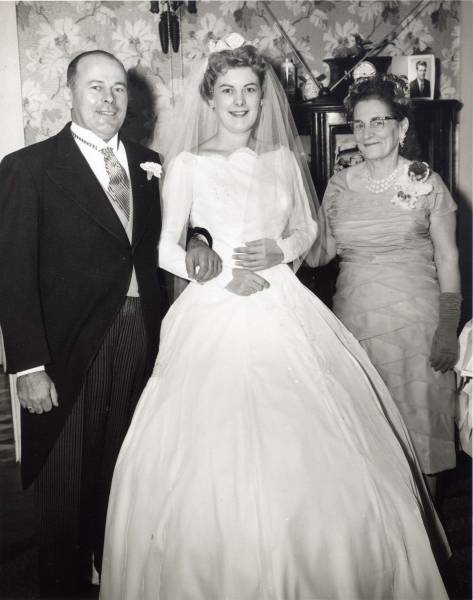 (Ruthie's fater had passed away when she was an infant, so she had her uncle Raymond Veno give her away) 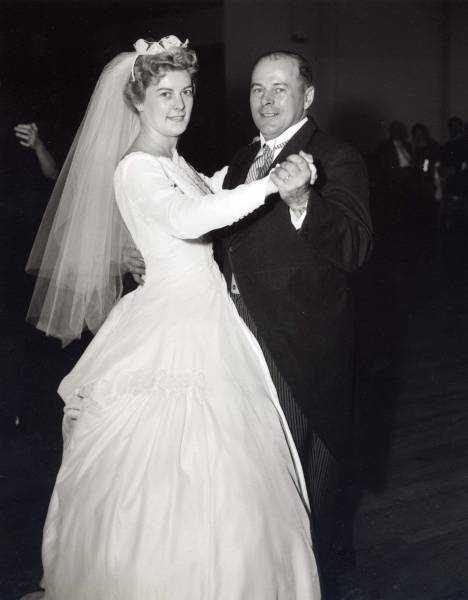 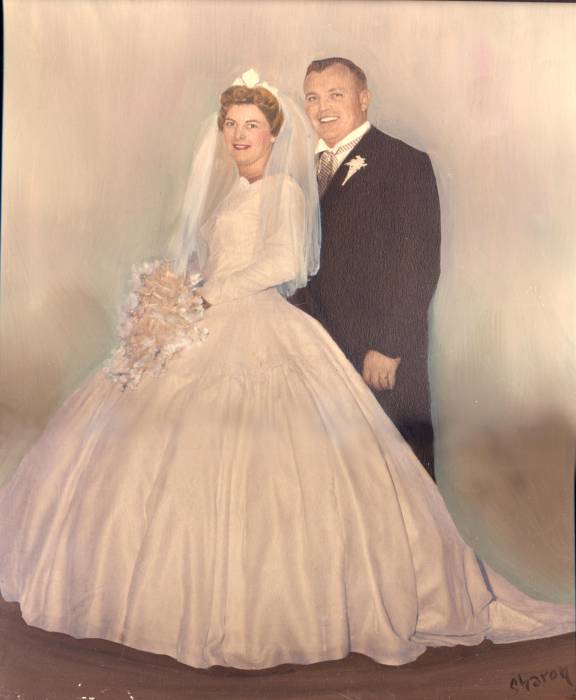